Hey folks I was just sent this prophecy that was given in 2007.  It really witnesses with me.  A few months back I heard an inward audible voice saying, “If I come the nations will shake”!  On the same night that I heard God speak my mum had a dream, and in it the walls of our house shook.  These are days of awe and wonder. I believe we are going to start seeing the nations shaking (including Scotland) like we have never seen before.  This is not something to fear but something to rejoice in! When God visited the Hebrides in the 1940’s it stared with the old barn shaking where the elders of the church had gathered to seek God!! God is coming and he will make his name famous again in our land!!  Have a read at this!!!

This was a Prophetic word given by Steve Witt at Southside on 5th October 2007. In light of recent events, it makes so much more sense but we need to pray that the blessings associated with the word will come to fruition.

“I believe that God is about to send a major earthquake to Iceland, actually a volcano, it’s going to erupt, He spoke to me, and said it was going to be the 8th most powerful volcano in Iceland’s history. … It may not be for a while, but it will happen and it’s going to happen as a sign.

And when it comes there’s also going to be earthquakes that are going to hit Scotland – they may not be huge, but they’re going to be enough to put in the front page of the newspapers – “Scotland is shaken” and it’s going to be a sign to you as a nation, particularly the Christians that God is about to unearth something big.

That something that has been hidden and has been a mystery of prayers of saints for hundreds of years even over a thousand are going to begin to birth in this area, and could be a combination of the whole Hebrides thing, and Shetlands, and John Knox, and many, many prayers over the years are going to come forth at one time.

A lot of Scottish people they look around and go “well God’s not going to do anything big here, it just hasn’t happened that way before”

He is offering something major to those whose hearts have been expanded to contain it.

May you know the day of your visitation, may you be like sons of Issachar. They just didn’t discern the times, but they knew what to do. “ 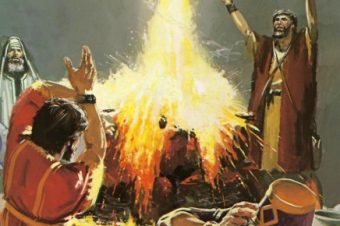 Hey guys, last night I had a dream where I met one of the founding... Read More