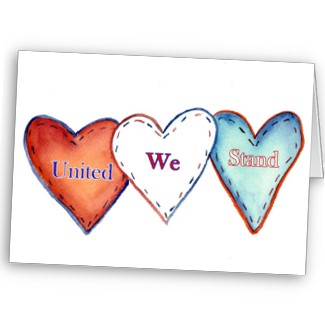 just make our decision based on the best political or economic arguments!  There was a time when the children of Israel did what they thought was right in their own eyes and failed to seek the Lord.  May it not be so with us.  That is why i wanted to share this vision given to Justin Abraham a few years ago. We need heavens perspective because only the Lord knows the best way forward for Scotland and the nations!!

I know everyone is free to think differently on this. I don’t want to presume to be an expert on any of this. I know there are many reasons people want to break up the UK. I just want to share what I feel the Lord has shown me. You are free to agree or disagree. I just want to talk…

I was praying for Europe a number of years ago, and I went into a visionary experience where I was shown different nations in Europe and some of their destinies. I was shown alliances and callings.

I was shown France, Poland, Germany and the UK specifically.

I saw the angel of France. She was beautiful and looked like Joan of Arc. She was heroically fighting for the destiny of the nation against hordes of darkness. I saw the war could only be won through the rising love of the people towards one another.

The vision moved across to Poland. I saw a white eagle. I understood there was a deep well of destiny in the nation. A destiny we have yet to see rise. A white Eagle nation. A strong prophetic voice to emerge. A hub of prophetic visionaries.

I saw Germany, and how it’s greatest call as a Leader was to be the servant of all. That it’s might would be revealed best in its humility and meekness. That, if as a nation, it would prefer others and build up other nations, it would become a father of nations. It would have spiritual sons in the lands of Europe. If it went lower and gave it economic strength to build, it would be considered truly great, and become deeply loved.

I then saw Britain. In the vision it looked like it was made of silver/ steel and I could see these beautiful joins between the nations 0f Scotland, Wales and England. Supernatural joins. I saw how the British tribes were actually welded together by God. Papa showed me he had joined us with purpose together. It was his doing. There is strength in being UK. I heard the Lord say “What God has joined together…”.

In another similar experience I saw Scotland prophetically as a great mystical being earthed into creation. I saw it emerge as a giant rising out of the green lands. In that moment I saw how it was a bardic nation like Wales, yet different from Wales. They were warrior bards. That the Spirit of Might was connected to their DNA.

The Lord spoke a mystery to me at that time. He said we would “Need the strength of Scotland for what’s coming.”. He gave me no indication what “was coming” nor a clue to it’s meaning, other than his heart for us, and how we would value Scotland and need its strength. It is a warrior amongst the British tribes.

As a Welshman I’ve always loved England and Scotland, and Ireland. I’ve never believed in nationalism or liked the racism. We are all mixed together. In fact when I was in work, I used to sometimes wear an England football shirt on casual clothes days. It used to annoy a few of the hardened Welsh but I used to simply reply with a smile “I love England”. It was a wonder!

I have to agree with former Beatle, Paul McCartney, who recently said to Scotland “What unites us is much greater than what divides us. Let’s stay together.”.

Billy Connolly, a fearless stand-up supporter of the union, put it simply: “The more people stay together, the happier they’ll be”. I think that’s true.

I have never seen so many English saying how much they love Scotland and our lands. I saw in Horsham last week people crying deeply in prayer for Scotland. The intensity in their faces and the genuine sorrow. I looked at them with amazement and thought “If only the Scots could only see this…”.

Only when you might lose something do you realise it’s true value.

I simply love the UK. I am hoping Scotland chooses to stay with us. Both for them and us. Powerful nations choosing to be together for love and a greater purpose. A sign and a wonder to the world.

Those are my thoughts. Thanks for listening. 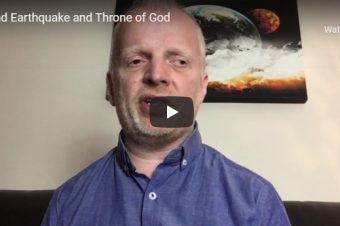 God is establishing His government in these days. Have a look at this short video... Read More

I wonder in the present Scottish referendum debate if you have considered Israel?  What has... Read More

I came across this word by Paul Keith Davis and was hugely enouraged by it.... Read More