I was woken in the night and heard a specific word of revelation. I tried to capture it as best as I could… see if it resonates with you it certainly touched my heart. I want the unknown path a new way whatever that looks like. We have seen the limitations of what we have known and are hungry for a greater reality to manifest. Even with the current move we are aware their is a greater harvest, miracles and wonders yet to be released.

The GENERATION that I am raising up right now is an EXTREME generation.

This FIRE that I am releasing on this people will cause them to make lifestyle CHOICES like that of the MONASTICS and MYSTICS of old where they will FORSAKE many of the patterns and things of this world to lay hold of the heavenly reality.

Some will ACUSE them of being RELIGIOUS.

Some will accuse them of being TOO heavenly minded.

And they will be MISUNDERSTOOD and ABUSED.

The PRICE to walk in this realm is HIGHER than people realise.

It is more COSTLY. It is like a TREASURE in a field. It’s costs EVERYTHING to obtain this prize.

It will mean taking up YOUR cross daily and loving not you’re life unto death.

It is a GREAT WORK that these have been called to- but there is a great PRICE.

Are you WILLING to pay the price?

Are you willing to be one that WALKS in the POWER of the age to come. Each one is invited, many are called but few RESPOND and become chosen. But to those who respond they will be CHOSEN and they will be PRECIOUS in My sight.”

I believe this is one of many prophetic invitations to this generation. I once heard the Lord say “THE RADICALS ARE COMING”. We haven’t really seen them come through yet. We have to get more radical.  The heavens are stirred in an unusual way this year. It has made me wonder what is truly going on. I had an sense of anticipation and excitement. I then found yesterday that Bobby Conner has also seen and said something similar:

“There is a great stirring in the Heavens, the hosts of Heaven are assembling, and something is up! You can feel it in the air, God is responding to the cries of His people.” Bobby Conner

Heaven is responding to the cries. It is stirred. Beni Johnson from Bethel said in her message on transition:

“I believe we are in the moment of Joshua chapter 1- and I believe the Lord is putting us on display before principalities and powers… and we will shine before the world. God help us to do it right!” Beni Johnson

God help us to do it right! Well said Beni! We need great grace to walk this kind of change out.

My prayer is that we might have courage and confidence to believe and respond. 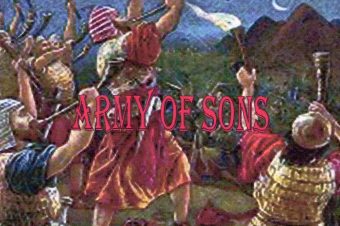 A few years ago I had an amazing dream. In the dream Smith Wigglesworth spoke... Read More

Taffie Furr: The Air is Full with Promises Fulfilled—And a Key Has Been Released to... Read More

Hey folks I was just sent this prophecy that was given in 2007.  It really... Read More